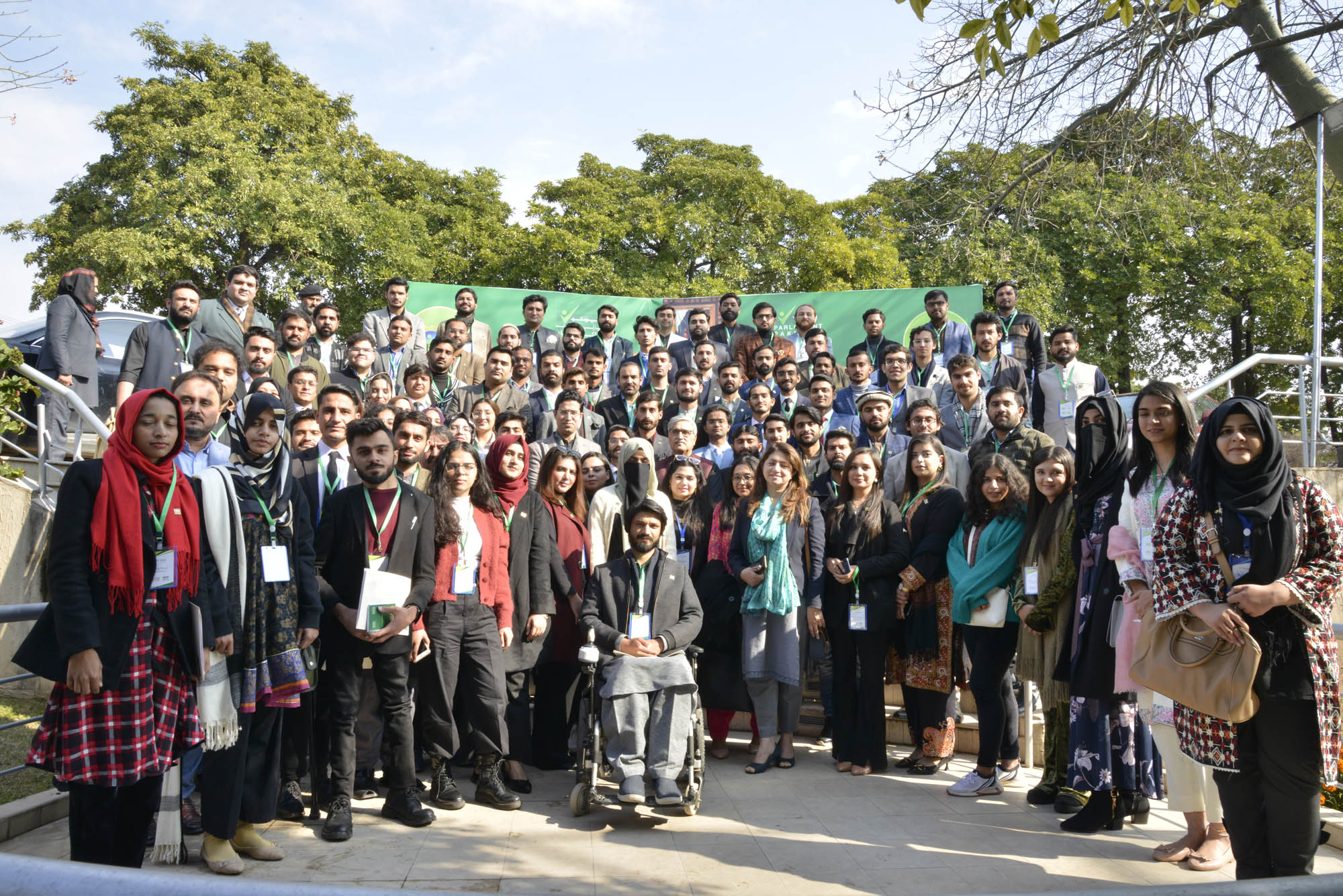 Islamabad: The 17th Youth Parliament of Pakistan made history on Saturday, January 21, 2023 as they passed a bill to revive student unions, long banned in the country, and a motion declaring that democracy has not delivered for the people of Pakistan.

In a largely unanimous vote, the young leaders of the 17th Youth Parliament Pakistan voted to empower students to have a voice in the decision-making processes of their educational institutions and to promote active participation in the democratic process. The bill, hailed as a ‘game-changer’ for the future of education and leadership in Pakistan, will give students the opportunity to shape their own futures and create a more equitable and just society.The SU Bill is inspired by Sindh Students’ Union Act, 2022 but with significant amendments incorporated by voting in the latest session of YPP at Islamabad.

But the 17th Youth Parliament Pakistan didn’t stop there. In a bold move, they also passed a Resolution declaring democracy in Pakistan has not lived up to its promise in Pakistan. The motion calls for a re-evaluation of the democratic system in the country and for efforts to be made to ensure that the voices of the people are heard and represented in government.

The 17th Youth Parliament, made up of young trailblazers from across the country, is a platform for the next generation of leaders to come together and make their mark on the future of Pakistan. The passing of these bills and motions is a powerful statement from the youth of the nation, demanding that their voices be heard and their rights be respected. The Youth Parliament Pakistan powered by PILDAT is committed to shaking things up and creating a more inclusive and democratic society in Pakistan. With the passing of this and similar bills and motions, the Youth is making its contribution towards a brighter future of Pakistan.

Earlier in the morning session, members held a detailed and candid dialogue with officials of the Election Commission of Pakistan to discuss the prospects of a free and fair election in Pakistan, role of youth in the democratic process and ways to increase voter turn-out of young people. The dialogue was focused on the challenges facing youth voter participation in Pakistan and ways to address them. Discussions included issues such as voter registration, education and awareness, political finance and the use of technology in the electoral process. The dialogue with the Election Commission is a step towards understanding the electoral process, role of ECP and empowering young people to have a voice in the democratic process and to ensure that their voices are heard and represented in government. The Election Commission of Pakistan, for its part, expressed its commitment to working with the youth and committed to take the feedback from youth into account as they plan for future elections. Senior officials who attended the dialogue from ECP included Ms. Nighat Siddique, Additional Director General-Gender Affairs, Mr. Adnan Sakhawat, Deputy Director-Training, Mr. Naveed ur Rehman, Deputy Director-Local Government, Mr. Ibrar Jatoi, Deputy Director-Elections.

In the afternoon session, members of 17th Youth Parliament Pakistan exchanged views on the economic turmoil in Pakistan with a dialogue with a panel of experts including Mr. Zafar Masud, CEO & President, Bank of Punjab and Mr. Ali Salman, Executive Director of Policy Research Institute of Market Economy (PRIME). The panel shared their insights on the current economic challenges facing Pakistan and discussed potential solutions with the youth parliamentarians. The dialogue was an enlightening exchange of ideas, as the young leaders of the nation questioned the panel on topics such as inflation, unemployment, entrepreneurship and the role of the government in addressing the economic crisis. But the dialogue was not all doom and gloom. The panel also shared their optimistic visions for the future of the economy, highlighting potential opportunities for growth and development. The Youth Parliament Pakistan is committed to finding solutions to the economic challenges facing the country.

The panelists praised the youth parliamentarians for their curiosity, intelligence and engagement on the matter. They also praised their efforts to seek solutions and to be part of the solution, empower themselves and gain knowledge and tools they need to shape the future of Pakistan.

The Secretariat, Members of the 17th Youth Parliament Pakistan and PILDAT, extended heartfelt thanks to the partners for being the wind beneath the YPP’s wings. Without their unwavering support, YPP would not have been able to soar to new heights and achieve the impact that it did today. YPP expressed deep appreciation for their financial support that has allowed it to organize sessions of YPP including debates, dialogues and on-line sessions where young leaders came together to voice their opinions, share their ideas and interacted with leading intellectuals, corporate leaders and officials from various walks of life.

PILDAT and YPP Secretariat would like to give a special shout-out to Interloop Ltd., The Bank of Punjab, Geo/Jang group and The University of Lahore for their generosity and belief in the YPP mission. Thanks to their partnership, YPP has been able to make a significant impact in the community. PILDAT and YPP believe that it is through partnerships like these that Pakistan can create a more inclusive and democratic society.