It is believed that in World War 2, thousands of engagement rings were collected from victims which shows how thousands of families and relationships were affected by that destruction. It is not wrong to say that the nuclear weapon race is the real enemy of mankind. Destructions that took place during these wars was not only for lives but also affected the economy of those states being a part of it. Usually, the wars in the past had been caused by a serious and delirious misuse of technology and science. Technology could have rather be used for the betterment of mankind, however, even the world’s great nations failed to configure its positive use and rather used it for destroying each other. One can see the example of an airplane which has changed the world’s history by covering the distances of months into days and hours. Such a positive use of technology should be appreciated and replicated in future as well, where planes are used for the ease of global transport rather than bombing bombs over the nations.

Similarly, uranium could be used for making energy and explosives and it depends on us humans which one should we go for? Every country has a right to protect its citizens from the damages of war and there should be serious safety measures taken for this sake. Any conflict could easily be resolved through foreign dealings and diplomacy and the war should only be opted as a last resort. If one reflects on the past major world wars fought between the great nations of the world, we find the urge among the nations to overpower one and another, by considering themselves as God fathers of each other. The external interference in the internal matters of each other have led towards the world wars in the past. However, we should learn from these damages and consider this idea that everyone is independent in this 21st century, one can and should live his life according to his rights either given by the state or the international world. Things that generate conflicts among states or even among individuals’ lives are interference, which results in negative consequences.

Another prominent reason behind the past world wars was the hunger for power and invasion found among the fighting countries. This trend had sadly reshaped itself into economic wars as well, for instance if we look at the Iran-US conflict, US has been imposing sanctions against Iran for many decades because of its partial behavior towards the Soviet Union. Iran’s long border with US’s Cold War rival, the Soviet Union, and its position as the largest, most powerful oil-rich Persian Gulf, made Iran a “pillar” of US foreign policy in the Middle East. First sanctions against Iran were imposed in November 1979 by the president of US Mr. Jimmy Earl Carter by Executive Order 12170 when a group of radical students of Iran seized the US Embassy and took the people as hostage inside Tehran after the US permitted the exiled Shah of Iran to enter the United States for medical treatment.

According to the Executive order, Iranian assets of about $12 billion were frozen, including properties, bank deposits and gold and the sanctions were increased by the US after the invasion of Iraq, against Iran. Recently, the US sanctions against Iran include an embargo on dealings with the country by the US and a ban on selling aircraft and repair parts to Iranian aviation companies.

US has also imposed an arms’ ban and almost total economic embargo on Iran, which includes sanctions on companies doing business with Iran, a ban on all Iranian-origin imports, and sanctions on Iranian financial institutions. In short, it will not be wrong to say that Iran neither exports its goods except Crude-Oil nor imports the necessary items for livelihood. Recently Iran has asked to cancel the sanction to import medicines and medical equipment, but these conflicts are getting critical day by day. As we know Iran has invaded Iraq, but US also has captured most of its area. US wants its control of Iran but the Iranian Government is not letting US do this, due to which the US has imposed sanctions on Iran to make it a paralyzed state like Syria & Iraq. Recent Airstrike at Iranian Major General Qasim Suleimani was unbelievable. As he was the second most powerful man in Iran. At the death of Suleimani, Iranians decided not to remain quiet which could have led the Middle East and Europe to World War 3. Such unnecessary external fights against the countries like Iran should be discontinued by the US in future if the world is to see a better and harmonious future. All in all, through strategic diplomacy and strengthened international relations, countries can live in harmony and resolve any conflict that they may come across. 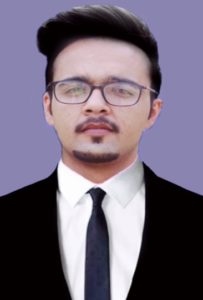 Aamir holds a BS Economics from University of the Punjab. He believes that through joining 17th YPP he would be able to work towards improving the conditions of the people living in his constituency. He would like to be a builder of a sustainable society and as a youth he thinks that the YPP will empower him with the necessary skills and knowledge to do so. He is a member of the Youth Standing Committee on Human Rights.