Strategic competition among the great powers has always been an expensive endeavor. The US white house administration both strategies, National Defense Strategy (NDS) and National Security Strategy (NSS) have bluntly figured out that the US is back in the great powers arena. They have claimed Russia and China as their competitors in the strategies. As the national defense strategy puts in that the core challenge to US power and prosperity is the resurgence of the revisionist powers, Russia and China. National security strategy in response to the doubling influence and power of the revisionist powers, NSS suggests that it’s the cold war-style competition. As US weakness invites the challenges, its military might and capabilities deter the revisionist powers.

Certainly, the doubling influence and growing competition of the US with China and Russia seem not to depict the true cold war competition but it’s somehow related to it. During the cold war, both the states tried to polarize the world and US responded efficiently. They didn’t just compete over the military might but also over the economic and political spheres. During the cold war period, US has marshaled all the available resources to aid in the struggle against Russia. Alliances and transnational partners were wooed to back the order, each superpower desired. But in the contemporary world, these types of practices can’t be repeated. Nevertheless, given that Washington has begun to strain the centrality of great-power competition, still it is important to note whether the US would be prepared to wage a similar type of competition or not. Understanding how the actions were taken during the Cold War period drove US strategic success is essential to evaluating US’s capacity for great-power competition today.

In the contemporary scenario, the US and China are at crossroads over attaining and retaining global supremacy. The US has enjoyed a long time being the international dominant actor after the end of the Cold war, however, the Chinese rise as the major economic superpower is giving nightmares to the US with the fear of being replaced as a global hegemon. US and China, both will get their daggers drawn to redefine the power structure, values, and interests that may befit their interest.

Though the documented priority of the US is to focus on the growing Great War competition, still there is a reason to doubt that the US is willing or able to engage in internal and external balancing as it had done during the cold war period. The defense budget has been increased during the Trump era, but the defiance department has stated that the trend is unlikely to continue with the pace. Yet many of the Trump administration stunts attached to the longstanding structural trends threaten to undermine the efforts to involve in a competition.

Some of the White House administration policies desire foreign-policy retrenchments, such as Trump’s open skeptics of US commitments and alliances. Other policies such as the tax cut and entitlement spending combined with an already ample national debt, undermine the US capacity to dedicate resources either to US pledges in foreign or internal investments such as the education and developmental spending. Thus, creating a mismatch between ends and means. 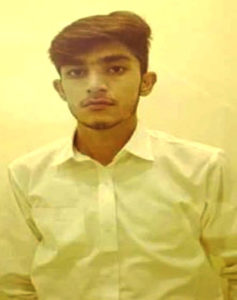 An International Relations Graduate, with an impulse to be expedient for the system and its populaces. Saqib Khan’s prior experiences involved working in National Assembly and on Sustainable Development Goals Secretariat as a research intern, and he also remained a part of Parliamentary Assembly of Economic Cooperation Organization (PAECO) and Commonwealth Parliamentary Association which were held under the auspices of National assembly of Pakistan where he planned and supported various activities of conferences. Alongside that he has also been involved in volunteer work with RIZQ foundation in the poverty alleviation chapter. He is a member of the Youth Standing Committee on National Security – I (Internal Security, Counter-violent Extremism & Interior).