Although people living in the rural parts of the country make up the majority of the population, they still do not attract the level of government notice they deserve. They are mainly small landowners or peasants, dependent on agriculture and livestock income and living below the poverty-line. The situation has deteriorated for them in the recent years due to climate crisis, ranging from heavy rainfalls and floods in some areas to little or no rainfall causing drought in others,  increased attacks of pests and less crop yields have all contributed in the worsening of matters. Since 47% of the country’s population is dependent directly or indirectly, on the agro-economy, disturbance in this sector is sure to cause the complete cycle to disrupt, which may lead to mass exodus from rural to urban areas in the search of livelihood, creating consequences for both the urban population and the rural population itself. This may include exponential growth of urban cities making difficult for the governments to govern efficiently and effectively. There is still hope though, if governments are able to bring livelihood opportunities to people right where they live; in this case rural areas, people will have no need to move.  Some  non-governmental organizations are already working on this, although on a small scale, they are working to equip people with new skills. There still, however, remains a vast gap that  the government needs to fulfill in order to overcome the issue. There are several areas where rural population can be equipped. In this technological era, rural people are  still dependent on the ancient ways of crop cultivation and livestock farming. There is no advancement,  making the products uncompetitive resulting in farmers losing their market share, as well as earning a decreased profit margin.

Farmers need to be taught technologically advanced methods of farming such as drip irrigation, use of sprinklers and hydroponics. These techniques not only conserve water, but also  make use of it efficiently and effectively during droughts. Moreover, they are also known to  increase  crop yield. Other than that, farmers should be educated with better breeding techniques so that their livestock could  grow, this would make it more profitable for the farmer. Women in rural areas who work with handicrafts should be taught how to develop a business model and expand their reach. Women could be trained as mid-wives and be taught basic medical skills like first aid so that they become able to contribute to the heath sectors in their communities. In areas that lack any direct access to hospitals and dispensaries, this would be particularly helpful.

People of rural areas could also be taught skills like pottery, painting, sewing, calligraphy, driving and food preservation etc. In  recent years, we have seen an exponential growth of investment in the construction sector due to the CPEC (China-Pakistan economic corridor). It requires skilled human resource, unavailability of which causes the sector to import its requirement from other countries. Had we had the necessary skilled labour available to us, we could have benefitted from this opportunity.  If the rural population is taught  construction related skills, they would have had chances to secure a well-paid job. Currently, the government has to bear the burden of the unemployed population  through monthly or quarterly cash disbursements. Programs like the Benazir Income Support Program and the Prime Minister’s Ehsaas Program despite the fact of being running for years, have been unable to make any significant difference. The reason for this is that the amount provided to the families is spent by them on routine expenditures, there is no enterprising with it, because they have to start by fulfilling their most basic necessities. In contrast, if the same amount is spend to educate them with the skills, it would be a long term investment as the skills would be useful for them for a lifetime.  Thus cutting off any dependency. It would also reduce the burden on the government exchequer. Furthermore, it would also expand the GDP base as there would be more economic activity in the country.

In order for the long term growth and development of the rural population, the government and other stakeholders should consider these points and try to incorporate them in their policies, otherwise they will fail to make a difference. The development sector can also contribute in mobilizing Pakistan’s rural population by creating provisions for interest free loans for small businesses. Where it is possible, efforts should be made to connect rural businessowners to urban retailers. Professional Development and Skill Development programs can also be conducted in target communities to reduce the financial burden on the government and to empower the marginalized and poor communities with job skills. 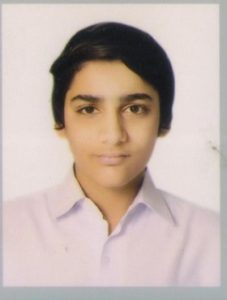 Mehboob Irshad, a 20 year old student of law, has an interest in law and politics. He has been working with numerous law firms and organizations in order to learn, polish and improve his skills. He is actively engaged in social work along with his academics. Moreover, he has the privilege to co-found “Jaano Pakistan” (a legal awareness platform) where he shares his legal insights on hot topics and raises awareness in people regarding their rights and responsibilities. He is also an active mooter and has drafted an amendment bill on the Protection of Women against Sexual Harassment at the Workplace Act, 2010 along with his team at a volunteering organization. He has worked for many organizations on human rights and the constitution.