The social media is to populism what printing press has been to nationalism. Where print capitalism led to emergence of nations in Europe, the social media revolution has brought a surge in populism across the globe, completely transforming the public sphere. The printing press made it possible for the news and literature to be published in vernacular languages, making otherwise disconnected members of the society to see themselves bound in an invisible comradeship. As per Benedict Anderson, it was the power of this print capitalism that fostered a sense of ideological unison, or compatriotism among people across lingual lines. It was the printing press that made disparate groups joined together in a single nation. Owing to their lingual-racial-historical basis of group loyalty that was rejuvenated by the press for being Europe witnessed, the emergence of national empires as French, German and British etc. The masses, especially the literate middle-class, the newly born bourgeoisie were the central forerunners of nation and its sovereignty. With colonization and globalization of modernity and Westphalian state the nationalisms emerged throughout the globe. People came to see themselves with a singular linear history, single race, and single language. The out-groups were ‘otherised’. The exclusivism and group purity were emphasized. All the national projects around the globe, though varied, are underpinned on the same logic.

The social media boom in the last decade has revolutionized the global politics and communications network. It has not only expedited the flow of information (also disinformation) but has created an alternative public sphere where masses express their resentment or approval of an event in the political system. Of course, there is no denying that social media has proved to be a viable platform for policy feedback but the risks of its manipulation and abuse are also massive. Rather than becoming the voice of marginalized the social media’s popular discourse is dominated by regressive partisan narratives of rightwing populist movements. The voice of voiceless gets diluted in the daily chorus of partisan blame games and media wars. Trump, Modi, and IK, all used social media to build an alternative public discourse as opposite to the mainstream broadcasting.

The way printing press challenged the authority of the Catholic Church, social media has challenged the power of conventional media. Mainstream media favored the ones in power and mostly aided with ruling elite in maintaining the rule through consent manufacturing. Social media challenged the monopoly of mainstream media on information and narrative, accentuating the dispersion of power back to masses. The mainstream media became sidelined and the social media became the harbinger of ‘true’ information. This way traditional media’s gatekeeping role has been bypassed. The abolishment of church’s rule shifted the power to masses and nations while breaking of media monopoly, devolved the narrative power to social media users — the new vox populi. This way populism is aided by the social media in the form of a counter-elite people’s phenomenon.

Crisis like economic and political instability bring out the worst in people and such is the case with middle class. Nevertheless, the vox populi, the enormous concerns of struggling and huge unemployed middle class posed a challenge to status quo. The shocks of failing economies and incapacities of governments to provide for the masses made them disgruntled and left out. The anxieties of middle classes are reflected in loss of jobs or opportunities to colored people or immigrants as during Brexit and in post-Obama USA. The narrative became totally against the established order that was unable to integrate them and this way they lost hope in the system, looking for nothing but an alternative to the corrupt and highly entrenched elite oriented status quo. These opinions when articulated through social media platforms aggregated into the dominant public opinion and were sharpened at the whetstone of populist propaganda.

The economic loss for middle class is not merely material rather it has spiritual element to it. It is also the loss of national pride and prestige. They believe themselves to be the vanguards of the ideological national sphere and for them the current configuration presents a distorted version of national life that must be rectified through proper national reconfiguration, under a resolute heroic leader.

All these incessant aspirations and desires of middle class, made prominent by a crisis, serve as a perfect recipe for populism. Their hope is revived when a populist ideologue emerges from the rubric of a decaying political order that reflects their aspirations and shares their concerns, who scapegoats all the problems on outsiders and calls out the political establishment. He promises and boasts about national salvation and sovereignty. Finally, the middle class see its spiritual shadow anthropomorphized in the messianic leader. What he says is right what others say is wrong. He becomes the esteemed savior. Hence, the messianic portrayal of the populist leader in songs and Tiktok videos is propagated that leads to cult formation and hero-worship.

Unlike traditional media, social media platforms make quick and unfiltered dispersion of such narratives. Through digital platforms, masses remain involved in all the ongoing developments of national life. Many half-truths, lies and propaganda against opponents are spread through images and videos. In the face of decayed credibility of conventional media masses consume information through digital media. Masses are fed constantly with selective information and disinformation. Where conventional media could have been censured, the social media provides the leeway to the populist leaders to appeal to masses.

Populism feeds on polarization, and polarization starts with extreme and irreconcilable narratives and digital media spreads those narratives. All those against populism are dubbed as a part of the corrupt and inefficient status quo. People are demonized on the basis of their political orientation. A sense of us versus them, locals versus foreigners, just versus corrupt etc is created. In a nutshell, everyone that does not agree with the populist agenda, is otherised.

Digital media is used to hijack the national narrative and to break the democratic consensus on the role of institutions. The credibility of media, judiciary, and legislature is questioned when they don’t reflect the populist demands. This way the authority of every institution is sidelined as long as it does not fit the populist agenda. In short, populism works on hijacking the public narrative and in these times, there is no better way to do so than through digital media.

Lastly, the famous Barrington J. More’s thesis, ‘No middle class, no democracy’ seems to be refuted when the burgeoning global middle class is running on the bandwagon of anti-democratic wave of populism that has shaken the democratic consensus in public sphere. 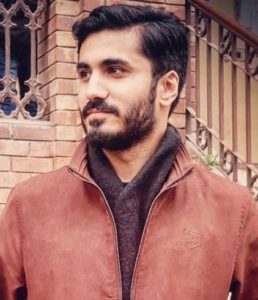 Sarmad, a 25-year-old individual, is a Political Science graduate from Government College University Lahore, currently serving as the advisor of Dr. Leitner Society for History and Civics at GCU. Earlier, he was part of the GCU Debating Society, where he has served in various capacities. Since his student life, Sarmad has remained engaged with many academic endeavours on issues of class, identity, postcolonialism and federalism.