Child abuse is an unreported but an alarming issue in every civilized society. Half of the children across the world are exposed to violence and survivors’ trauma, but the consequences of child labour are usually obscured from the public view. In this era of globalization, there is a need for designating time to educate and empower the most vulnerable segments of society – children against abuse from strangers and their teachers and relatives. Decades of research shows how negative childhood events such as abuse or neglect can have a detrimental impact on a person’s long term physical and mental health. It has been linked to rapid ageing, chronic diseases and even premature deaths. Pakistan has its history of reacting to problems ex post facto. Child abuse is widely prevalent but rarely recognized as a social problem in Pakistan.

According to International Society prevention of child abuse (ISPCAN), overall, 41.69% respondents were sexually abused with one or another form in the recent years. Experience of child abuse is reported more frequently by boys than girls. According to Sahil report, the total number of reported child abuse cases across the country jumped to 2,960 in 2020 from 2486 cases in 2019, showing an increase of 4%. More than 8 children in Pakistan were abused daily on average in the year 2020, according to data compiled by Sahil on child sexual abuse cases reported in national newspapers. What is more, according to a recently published retrospective study by Abbas and Jabeen (2020) on prevalence of child abuse in Pakistan conducted with equal number of male and female respondents 41% (44% males and 39% females) of respondents reported facing at least one form of sexual abuse during childhood. Among many factors for the prevailing situation, the most pertinent is poor parent- child relationship. We live in a society where fear and cultural taboos make it difficult to uncover cases of abuse. Parents’ unwillingness to subject their children to the medico-legal process is also a deterrent. A lack of support from family members, friends and neighbors or the community leads to the isolation of victim, making him hesitant to share his experience about his abuser. Besides other factors responsible for child abuse are socio-economic stresses; unemployment, low self-confidence and feelings of incompetence, loneliness, and psychological unrest.

Even before Zainab case, the child sexual abuse was widely prevalent but rarely reported. Zainab case accentuated the need to cure menace of child abuse. After the 18th amendment in the constitution of Pakistan (1973) and completion of devolution process in 2011, the provinces are responsible for legislation and policy making regarding protection of children. Government of Pakistan had been taking commendable steps regarding the prevention of child abuse for some time, but later on it all went in vain. Zainab Alert Response and Recovery Agency (ZARRA) was to be established on the pattern of Amber Alert to inform public and enforcement agencies to recover a missing child through One Window operations. Recently, the Punjab Police launched an app through ‘Pukkar 15 calls’ at the police station and service centers which are remarkable steps to eradicate child abuse.

Although above mentioned steps are important strides in the right direction, yet more is needed. Some target oriented and sharply focused steps for the eradication of child abuse are extremely important. One of the most important ways of stopping child abuse is to trace it in the first place. Children tend to suffer in silence hence it is necessary to ask them to open up and share. There is a dire need to give the child freedom to express his or her feelings without any fear. We need to educate the children about the good touch and the bad touch. The media should play its pivotal role to spread the awareness and sensitize the people about this evil. National and provincial legislatures need to review existing child protection laws while reforming the existing apparatus. The government should hold seminars and workshops in education institutions to sensitize the children and parents about it. The Ministry of Human Rights should play its role to revamp the national child protection center to identify, prevent and report issue of child abuse.

To sum up, it can be said with utmost certainty that every child deserves a safe childhood and this is an achievable goal. It is a high time to save the children from this scourge of abuse. It is expected that the government will translate its vision of providing children with safe childhood into action. It is the need of the hour that the policy makers of Pakistan put their utmost focus on curbing this menace and providing security and peace to the children of Pakistan. The existing apparatus require reforms for safeguarding the permanent value of chastity enshrined in the Holy Quran. Let us hope for the better future of children in Pakistan. 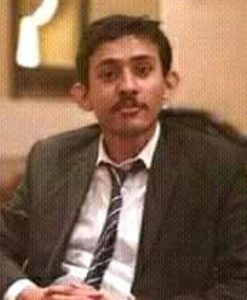 Sajjad Hussain is a Law Graduate from International Islamic University Islamabad. Nowadays he is preparing for the upcoming CSS exams. He writes articles for the Daily Times, Global Space Village and Dayspring Newspaper. He is deeply interested in the current affairs of Pakistan and through joining the 17th YPP looks forward to learning about effective policy making and the parliamentary system of Pakistan.