“No challenge poses a greater threat to future generations than climate change.” – Barack Obama, Former President of the United States of America.

We are not far away from seeing the reality of a typical Hollywood movie depicting the extreme weather conditions annihilating all the living beings. The human race is some centuries behind in getting on the verge of extinction due to their absurd contribution towards easing their lives at the cost of Earth. The outbreak of severe novel viruses pushed the economies some decades behind during the hurling of a more threatening and interminable threat – the adverse climate change and global warming. It has posed severe fears for the survival and existence of all civilizations. It will not just cause lethal impacts on human beings but will also annihilate local biodiversity.

Climate change is a slow-paced natural and silent phenomenon in which the changing atmosphere alters the global ecology and biospheres. There has always been a reverse effect of human activities in nature but the overwhelming and irresponsible attitude of human beings has disrupted the natural cycle. The excess generation of noxious gases – CO2, ozone, methane, nitrous oxides, etc. – are now excessively abundant in nature due to the careless activities of domestic, commercial and industries.

According to a study by the United Nations (UN), 2019 was recorded as the 2nd warmest year globally. In that one year, new records were set for the highest levels of carbon dioxide and greenhouse gas (GHGs) emissions. It is since then, that the changing weather patterns, rising sea levels, and extreme climatic events are disrupting economies and convulsing lives in every country on all the continents these days. Regardless of the pandemic and hefty lockdown situations that caused the dropping of GHGs emissions by 6% in 2020, climate change is still in action faster due to the beginning of global economic functionings. If serious mitigating measures are not taken hefty, we might see the deadly events earlier.

After facing numerous deadly events that occurred naturally like increased forest fires; outbreaks of novel viruses & diseases like coronavirus and monkeypox, etc.; and other acute climatic actions – governments are now in argumentation on such variations. This has also heated up the political connections that may lead to a catastrophic war-like situation due to the scarcity of resources like food and water. The developed and developing countries having massive industrial units are more prone to serious problems and are posing the same-level threats to the underdeveloped countries that are not in the rat race of throwing pollution in the air.

Just like other hapless developing countries jeopardizing the nuisance of the changing climate, Pakistan is facing the same irony; being at 5th rank in the most vulnerable country to climate change and global warming (Global Climate Risk Index Report, 2020) despite having a rank of 135th in the global greenhouse gases emissions per capita. The fact is inevitable that there are serious dangers to the dimensions of sustainable development on the life below land, on land, and in the air coupled with the intense occurrence of hazardous events like earthquakes, flash floods, forest fires, melting of glaciers, droughts, etc. Subsequently, there are imminent internal and external conflicts followed by the acute climatic actions in Pakistan such as national policies and plans.

Whenever it comes to saving the planet, nature always plays a pivotal role. All the water features like lakes, ponds, rivers, wetlands, canals, etc, and green features like trees, plants, grass, shrubs, fields, forests, etc. contribute towards making up the green and blue infrastructure. Since Pakistan is facing the toughest situation of all times which is further getting deteriorated, the governments and civil society “MUST NOT” and “SHOULD NOT” wait for any other intervention to deal with the changing climate.

The Green-Blue Infrastructure (GBI) is a momentous element in the urban planning and design field that advocates the adaptive power of nature in handling climate change. Undoubtedly, there have been many efforts at the local, provincial, and national tiers to propose policy measures, but it is happening at an unfavorable snail’s pace. Out of some notable practices, “CLEAN GREEN PAKISTAN” has been seen as a promising adaptation strategy which was the five-year flagship program initiated by the Former Premier Imran Khan in Pakistan.

Ensuing the Paris Agreement 2015 and more recently the United Nations Climate Change Conference (COP26) in 2021, the civil society is geared up to do serious preparations in collab with other local institutions to tackle the climate change events. In Islamabad, civil society organizations work in parallel with the Federal administration in launching campaigns for tree plantation, increasing public awareness through social programs and training sessions, and assisting the governments in policy-making for sustainable infrastructure. Despite doing the backbreaking tasks, the civil society is facing serious challenges such as the unfit and weak local bodies, financial constraints and lack of cooperation from state institutions.

To make the system doable, these infancy steps need to be straight in their path to jump over the hurdles and establish sturdy bonds with the concerned departments in dealing with the climate change adversity. Global warming backed by the rapidly changing climate has resulted in obnoxious perils on the flowing lives of all living beings yet there is still given the last call to rectify the imprudent actions. If we truly want to have a safer and cleaner environment, we all need to work hand-in-hand to devise and work judiciously to combat the diminishing environmental conditions or else, we all will face the same fate as those of the deadly Hollywood movies. 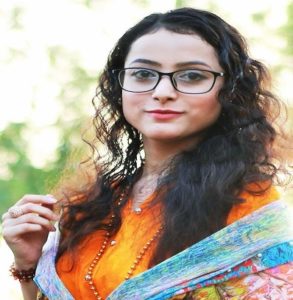 After completing her graduation, Sadaf started working at various private companies that broadened her horizon and pushed her to step into the business arena. She founded her consultancy and won a national climate change competition which enabled Sadaf to start another venture. Working for foreign clients is challenging whereas working for her own people is back-breaking which our governments do quite well. Being this intriguing, Sadaf hopes she will understand the insights of “How governments work?” and will know the imperatives at the platform of PILDAT. She is a member of the Youth Standing Committee on Political System.