“Rough diamonds may sometimes be mistaken for worthless pebbles,’’ says Sir Thomas Browne, an English Author & Polymath. Our youth in Pakistan are also rough diamonds; they need to be skillfully polished through education so that they could be made responsible citizens of the state. Pakistan has one of the largest young populations in the world. 64% percent of the population consists of youth – according to the UNDP report of 2017. No policy can succeed without considering the input of this crucial demographic transition. Youth is a vital human resource and has a profound impact on the future trajectory of our country. But the depleting economy, perennial political instability, and a polarized domestic front have inflicted injustice on the public in general and the youth in particular. Similarly, persistent neglect of this important human resource by successive governments contributed to the problems of the country. The challenges faced by the youth are innumerable.  Those who hold high dreams in their eyes are roaming riderless in the wilderness. It is unfair to the younger generation if they are hindered to make their dreams come true. To utilize their potential the very opportunities have been squeezed for them. A huge disillusioned youth does not bode well for any country. Instead of being an asset, our youth has become a labiality in Pakistan. The youth bulge has become a potential national security threat for the country. Adding fuel to the fire, the way our political leaders are exploiting this vulnerable segment of society to their advantage is deplorable.

At present, polarization in society is at its peak. Our political leaders are exploiting this vulnerable segment of society to their advantage. They preach a binary worldview for the enhancement of their cult following. They consistently exploit the extraordinary potential of youth for the satisfaction of their desires without paying any attention to their constructive development. This, in turn, produces devastating consequences for society. Intolerance is rapidly increasing. Nobody is ready to listen to others’ points of view let alone agree with disagreeing. Our leadership must introspect on the narratives being given to youth.

Amid the increasing usage of social media all over the world, the youth are the largest social media users in Pakistan. They spend a lot of precious time surfing on social networking platforms. All political parties hire paid trolls to propagate their propaganda on social media. Moreover, these parties are sharply divided into hostile groups. The young generation is the fodder to the political agenda of all these political parties. Young people blindly spread fake news, create artificial trends and abuse their opponents. Venom is spreading fast; it is misguiding our youth and grooming them as abusive individuals.  One wonders if the leadership is aware that how skillfully the precious asset of a country is deliberately being squandered.

In the last election, PTI promised 10 million jobs to the youth. Although it could not materialize its election manifesto yet it further exacerbated the situation. At present, Pakistan is facing the highest unemployment rate in the region. Over 60% of the young people are working in low-paid and unstable jobs. We have the highest population growth rate globally. Today, 26 million children are out of school.  The implications of this population explosion and increasing youth bulge are potential national security threats for the country.  Our leaders must not politicize this vulnerable section of society to their advantage. It can produce devastating consequences for the country in the future.

It must be kept in mind that politics is not a bad thing at all. Rather, it is a noble profession. Those who have a purpose larger than themselves that they want to pursue for the betterment of people, they must join politics as a career. At present, our country is facing an acute leadership crisis because we had never created a conducive political environment. We had wrapped up the laboratory of leadership the very early on.  Student Unions were banned under Martial Law Orders in 1984. The Supreme Court allowed the conditional revival of student unions under certain conditions in 1993. Unfortunately, there are little opportunities for youth to join politics except to be trapped in the hands of those who had created chaos in the country. There should be some platforms for the young generation where they could learn the intricacies of politics in a respectable manner. Youth Parliament Pakistan (YPP), a flagship initiative of democracy promoting think tank – PILDAT is the first such platform which engages youth in Pakistan in a healthy discourse and expose them to the democratic process and practices. There is a dire need of such more platforms in the country.

The biggest injustice any government or leader can do to his people is to blatantly mislead its young generation through political gimmicks. If Pakistan is to emerge as a stable and modern polity it must empower the youth to effectively utilize their potential in a peaceful environment. Pakistan has already paid a heavy price of political instability. Now it cannot afford neither political turmoil nor our youth must be trapped in political controversies. Rather the youth should be made the center of every development priority. An early investment in youth today will ensure a better future tomorrow.  It is incumbent on all stakeholders in the system to reflect on this behavior for the betterment of the country. 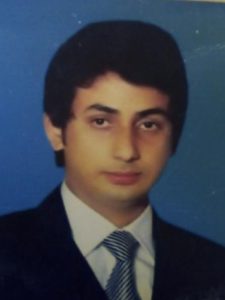 Arshad Ali Khan Mayo belongs to the village of district Kasur. He completed his early education from his hometown then did his MSc in History from Quaid e Azam University Islamabad. It is his pleasure to be a member of the 17th Youth Parliament as he takes keen interest in the national issues of Pakistan, the 17th Youth Parliament will provide him a good opportunity to engage with top policy makers of the country. He will be able enhance his leadership capability through this platform. He hopes it will be a long learning journey. He is the Secretary of the Youth Standing Committee on National Security – II (External Security and Defense).